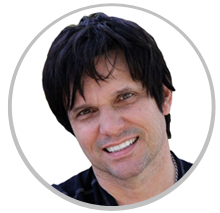 This week I’m at the American Christian Fiction Writers Conference in Nashville, the music capital of everywhere. The city pulses with a backbeat – even the pedestrian crossings have speakers feeding music into the veins of the city – and it brings with it a vibe of creativity and energy. In a way, a great place for writers to gather.

I’m here for the Genesis Awards, in which I’m a finalist for my novel “The god of reality TV.”

Or at least I thought I was.

I’ve just spent the first day at the Conference and I’ve now discovered that I’m not just here for the Awards, I’m more here to learn.

Writing is a learning craft and, like most crafts, it is an endless pursuit of excellence. With a craft, there is rarely – if ever – the person who arrives at its end, now knowing all about it. They are a master, but they are still students of the craft.

That much was evident today when listening to the incomparable Ted Dekker.

He’s 40+ books into a career, but still talking about what he’s learning and how he’s developing as an author. He is still learning about himself and what makes him tick, respond and react.

He is writing to discover himself. That is powerful advice; to put aside the inevitable drive to write for a publisher and instead write to explore yourself, your own struggles, your own darkness, your own strengths. In that, according to Ted, this provides the authenticity that so many authors are looking for.

That’s an immense mindset change. When you think about it, it’s quite a magic trick or sleight of hand to come up with a story you’ve made up and make it authentic. Real. Connecting to an audience. Even though it’s completely made up.

Ted’s point was that in writing to discover yourself, what you write will be authentic. It won’t be added in. It won’t be hopefully part of the story. It will be the story.

Which leads me to the second thing I learned from listening to Ted Dekker. Writing to discover yourself, in the drive to produce authentic writing is frightening.

I’ve got several characters in “The god of reality TV” who reflect me. They have mannerisms, responses to interaction, avoidance of situations or turns of phrase that are mine. One pastor is in denial of past hurts – that’s what I’ve done. The reality TV guru thinks he knows more than God at times – I’ve been guilty of that in the past.

There is a part of my characters that is a part of me. I know it. And people who know me who have read the manuscript know it as well. So I’ve opened up more of myself through the writing process and that can be scary.

But the writing is (hopefully) better because of it.

So, thanks Ted, for being open enough to share your journey and for the learning experience. For those of us who want to be authentic, it was a valuable lesson.

One Reply to “Writing to discover yourself and being real”