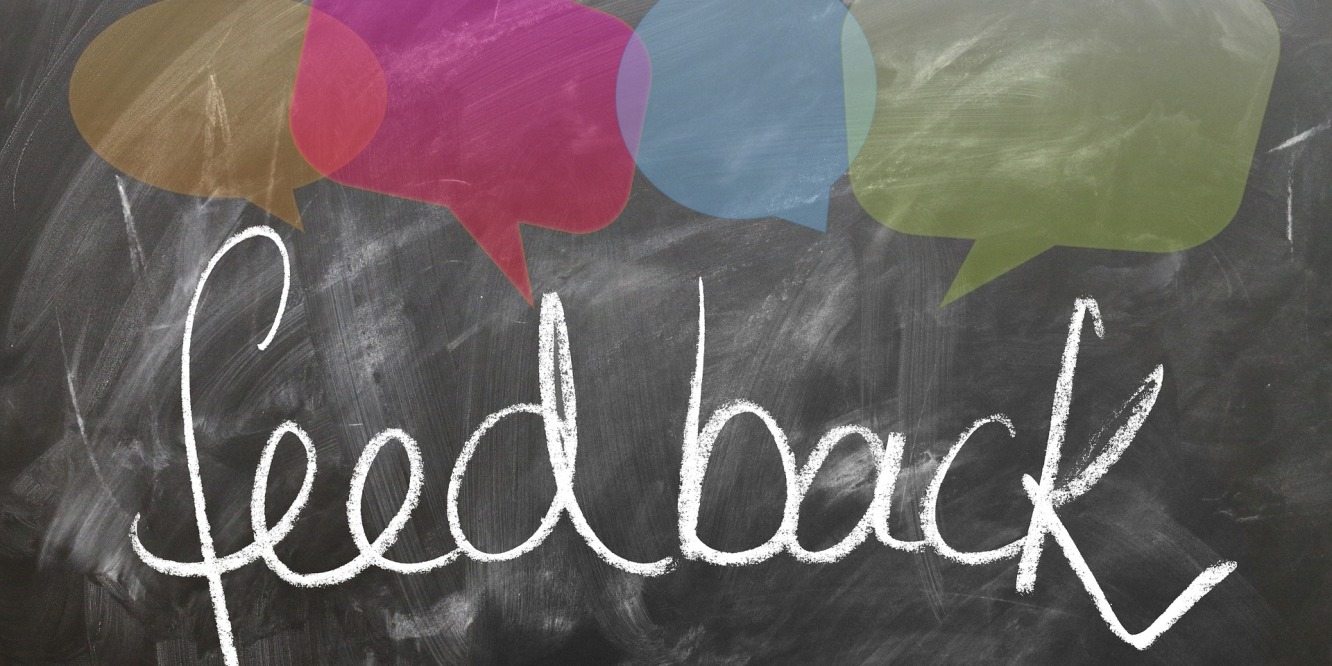 [This blog post first appeared on LearnHowToWriteANovel.com in September 2018].

Getting feedback can be a tricky pathway for an author to navigate. We can sometimes err on the safe side to save our creative hearts, but can also be trapped in an endless feedback loop of conflicting advice as to how to improve our story. The trickiest path is the right criticism to help us move forward.

Writers get criticism all the time – anyone in a creative field does. It’s because the very thing we want people to do with our work – appreciate it – has no constant. There are variables all over the place.

Let me share an example with you. I went to a concert last weekend with a few friends. Two of them thought it was the best concert they’d been to. One said it was ‘okay.’ The remaining two thought it could have been better.

They all went to the same concert.

Why the difference in opinion? Because when it comes to appreciating something as subjective as art, there is no right answer. The issue with subjectivity is that it can take constancy out of the equation.

So how does this apply to you, the author? From the stage where we dream up a story idea that we think could work, through to the six-page synopsis and eventual drafts, we are hungry for feedback. When you live for so long on your own either in your head or in the world you’ve created, you need to step outside occasionally and just check that you’re not chasing a fanciful idea down a rabbit hole.

And when it comes to receiving feedback, that’s risky. You’re asking people to critique your creation. I’ve spoken to a range of authors for whom this is nerve-wracking.

Now you can either avoid the conflict, but it won’t help your writing. But there are some things you can do to help manage the process, while still getting honest, open feedback that you can work with. And at the heart of it is how people react to creativity and people. By understanding that, and framing your requirements as an author, you might better understand how to handle feedback to your own work.

We’ve all read, watched, seen or listened to something that we’ve responded to. And the place from which we’ve responded to it was based on our own experience or taste. We’ve filtered whatever we’ve seen through our own lens. One of the two guys who didn’t like the concert I went to? He’s a sound engineer. He thought the mixing could have been better because that’s the way he would have done it. None of the rest of us picked up on it at all – because that’s where we were coming from.

That’s how people sometimes react to your writing:. “I didn’t like that character because it reminded me of my mother-in-law” or “I didn’t like your plot because I wouldn’t have taken it that direction.” That doesn’t make them right and the author wrong, or vice versa. It’s just that because this is a subjective field, we like things based on intangibles.

So how does understanding this help you handle feedback to your own work?

Takeaway #1: Take their filter out of it.

There are a couple of things you can do here:

The other guy that didn’t like the concert thought the guitarist didn’t do so well. It turns out my friend wouldn’t know an E chord from a tuna sandwich, but it didn’t stop him critiquing the guitarist’s work.

I’ve had people like that give me feedback, and it’s their lack of expertise in writing that I find unhelpful. Note: please don’t think I’m dismissing the opinions of non-writers as unhelpful, because 98% of your readers are likely to be non-writers. But what you can do with your feedback is make sure you’ve got a mix of those who understand what you’re trying to do.

Takeaway #2: Pick the right person to provide feedback, especially at key stages of your writing.

For those readers who road-test your six-page synopsis, select people who understand this is a condensing of your idea – they know that key details will not be there. They will read the plot for what it is – a plot – and not give you feedback that says “it was okay, but there was no dialog so I wouldn’t read it.” (This happened to a friend of mine).

Or you could approach writers who can see why you’ve done what you’ve done because they do it too. (And my recommendation is to find a writer who is down the road a little further than you – especially if you’re a rookie author. That’s where sites like this one has incalculable value).

We all have someone in our circle of influence who is just that person when it comes to negativity. They’re the ones who’ll point to the 1% of things that go wrong and shine their big, shiny spotlight of criticism onto it.

We also all have someone in our circle who is reflexively positive. They’re encouraging to a fault, and will take one look at the page you’ve just written – which you know is likely to be on the edge of unreadable – and tell you you’re a long-lost Bronte sister.

Neither of those approaches are helpful in providing feedback to your writing. What you need is honesty; an informed opinion which gives you genuine feedback couched in the right tone. And you may have to coach people on what that looks like.

There was another scenario that may happen to you, as it’s happened to me. A close friend started writing, and he asked me to read his early drafts. They were, honestly speaking, awful – a good concept, but the craft needed serious surgery. Now I was stuck. Do I be brutally honest with him and risk losing a friendship, or give him encouraging feedback that won’t help him improve?

There was a middle ground, and you might find helpful. With my friend, I decided the best way to give feedback was to provide an outline of WHAT needed to be changed and WHY. In couching my feedback in the context of actions, I found a way to help him with crushing his blooming creative spirit. He’s still writing, and is coming along leaps and bounds, which is great.

Takeaway #3: Give people an idea of what feedback works best for you.

I’ve been a beta reader for friends and they’ve given me a series of questions to respond to. This is great – it frames the feedback in a way that is most helpful for them and, here’s the kicker, it makes my job as a beta reader easier.

Another thing I do with my beta readers is ask for honesty, and pledge that I can take it. That means I have to select the right people for the task – people I know have the smarts to give me feedback, or are in the demographic, but importantly, they are people I trust to give it to me straight. And we’ll still be talking after they’ve given their feedback.

So what about you? What are some of the approaches to getting feedback that you’ve either used or seen? And which ones worked the best?